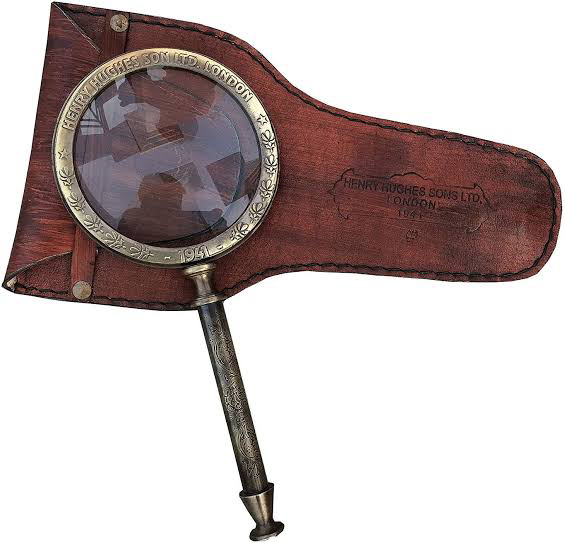 Magnifying glasses are a simple optical devices used for viewing details of objects with some magnification.
The magnifying glass was invented by the Franciscan friar and scholar Roger Bacon (UK) (c. 1214-1292) in Oxford, UK.
In 1828 - Hughes and Sons were originally clock makers in the East End of London who later supplied sextants and chronometers to ships coming into the Thames.